Along the promenade on the sun-soaked Croatian island of Šipan, a white wall surrounds a complex of luxury villas known by locals as “kod Rusa”: the Russian place.

The property, which includes four villas, is registered with the Croatian government as a tourist facility, qualifying its investors for millions of euros in tax reimbursements. But visitors to the complex are rarely seen.

The 2009 sale of the property attracted attention, with Croatian media speculating about who the buyer might be. Rumors at the time included Prince Albert II of Monaco and Russian oligarch Roman Abramovich.

Now, documents from the Pandora Papers — a leak to the International Consortium of Investigative Journalists of nearly 12 million documents from 14 offshore service providers, shared with media partners around the world — reveal another layer beneath the secretive ownership structure: The Šipan investment was financed by loans from a range of shadowy offshore companies, including one linked to former Russian Energy Minister Igor Yusufov.

The loans Mikado received were then consolidated under the Yusufov-linked company, Cadram Holding. Cadram eventually took control of Mikado for a nominal fee and converted the loans into the company’s capital reserves. The remaining debt was later consolidated under Yusufov personally. 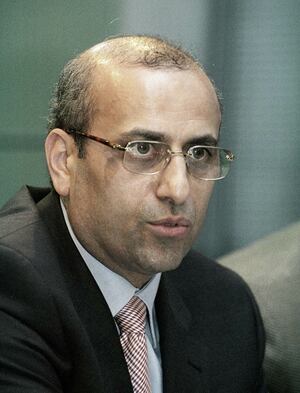 Goloshchapov set up Mikado in 2004, deriving the name from his own first initials combined with those of his wife and children. Five years later, the company bought the Šipan property, including an old villa and the surrounding land, for 4 million euros, according to the sales contract.

The company’s financial accounts said the purchase was financed with a “loan from abroad” but did not add more detail.

In fact, the Pandora Papers show that Mikado appeared to receive large loans from seven different offshore companies. The ownership of six of these companies is not clear from the documents. But one, the Panama-registered Cadram Holding was clearly connected to Yusufov: A 2014 share certificate names him as its beneficial owner. His exact relationship with the company before that point is not clear.

Between August 2009 and June 2015, Mikado seems to have received 37.4 million euros’ worth of loans from these seven companies, according to Pandora Papers documents and the company’s financial statements.

Debt cession agreements show that a number of debts were transferred from the mystery companies to Cadram.

Evidence for the Loans

Documents from the Pandora Papers strongly indicate that the mystery offshore companies loaned tens of millions of euros to Mikado, and that Cadram took over these loans and converted most of them into Mikado’s capital reserves.

The addendum lists injections of capital into Mikado over the course of six years, starting in 2009, including entries for “new reserves” and others for loans. The new reserves are attributed to the mystery offshore companies while the loans are either from Cadram or have since been assigned to Cadram.

While cession agreements are not available for all of these entries, the amounts and dates correspond — with some discrepancies — to amounts listed in Mikado’s financial statements as loans. The reason for the discrepancies is not clear.

A separate document shows that in December 2013, Cadram converted a total of 28 million euros’ worth of claims against Mikado into capital reserves, which it would not have been able to do if it did not have the rights to the claims. The remaining three million euros appear to have been converted into reserves later, after another cession agreement with one of the offshores.

The claim on the remaining 6.4 million euros of outstanding debt was transferred to Yusufov personally.

After that, Mikado took on more loans directly from Cadram, the documents show. Then, in 2015, all of Mikado’s remaining debt was consolidated under Yusufov personally, according to a loan agreement signed between Yusufov and Cadram. 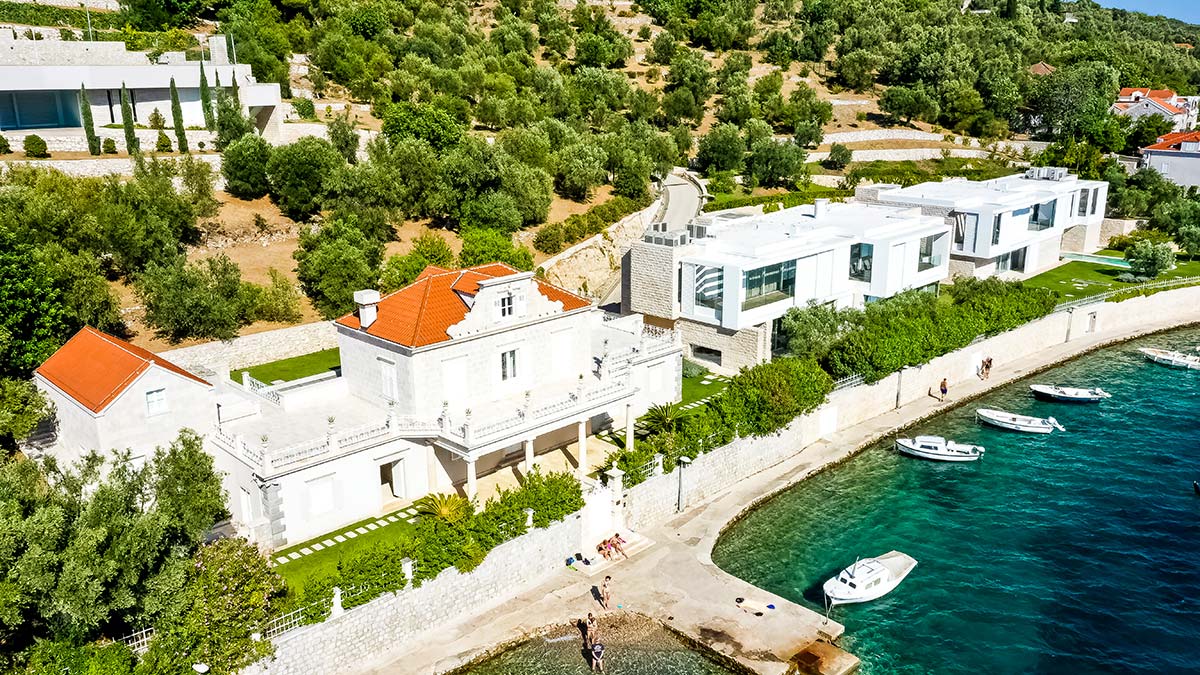 While these large sums were being lent to Mikado, the company’s ownership was also being shuffled between offshore structures, often for hardly any money — even though its assets were worth many millions.

In May 2011, a Panama-registered company called Bourg Financial received 90 percent of Mikado from Goloshchapov for no fee at all, according to a contract obtained by Oštro.

Reporters were not able to verify who controlled Bourg Financial. But its ownership of Mikado was short-lived: Seven months later, in December, it sold its shares to Cadram for just 2,400 euros. Mikado’s financial statements that year estimated the value of the property at 5.9 million euros, and showed the company had 9.7 million euros in outstanding loans.

In December 2013, Cadram converted more than 28 million euros of its claims against Mikado into Mikado’s capital reserves, which are not taxable under Croatian law.

It’s not clear why this method was used. But Cadram Holding’s acquisition of Mikado meant that Cadram effectively owed Mikado’s debts to itself. The conversion of the loans to capital reserves amounted to an investment into its own company.

Graham Barrow, an expert in money laundering and financial crime, said the arrangement was “exceptionally full of red flags,” in part because it seemed unnecessarily complex. The years-long involvement of “highly multijurisdictional companies that happen to be located in places all noted for their secrecy” was “inherently suspicious,” he added.

“This is a highly irrational way of buying a property on an island in Croatia,” he said.

An opaque company called Realty Investments, registered in the Swiss canton of Zug, then entered the scene.

Realty Investments purchased Cadram’s 90-percent stake in Mikado for just $20,000 in November 2014, according to a contract drawn from Croatian commercial court records. By then, the Šipan property was worth considerably more than the initial 4-million-euro purchase price, and Mikado owned property estimated to be worth 31 million euros.

Little information is available about Realty Investments, which was founded in 2013. Its authorized officer, Graziano Pedroja, serves as Lithuania’s honorary consul in Switzerland and runs a company called Juris Treuhand that helps set up companies in Switzerland. According to Swiss business data, Pedroja currently holds positions in 76 Swiss companies and has previously held positions in 183 others.

The low sale price and the fact that the nominal head of Realty is likely a proxy may indicate Yusufov has maintained ownership, but this is impossible to determine.

Pedroja declined to answer questions about the identity of Mikado’s beneficial owner, or confirm whether he knew Goloshchapov or Yusufov.

“I am not disclosing any information. It is my business. Even if I was to know him, I would not say yes or no,” he said.

The Pandora Papers contain one hint of a possible connection between Yusufov and Realty Investments: Before Yusufov took over Mikado’s debt, a draft agreement was prepared that would have seen Realty take over the debt on the exact same day.

Five months after the loan agreement, Cadram Holdings was dissolved. Goloshchapov sold his remaining 10 percent stake in Mikado to Realty Investments in 2016 for just 267 euros.

The company has, meanwhile, posted on-paper losses. At the end of 2020, Mikado reported a loss of 2.5 million euros for the year, bringing its total reported losses to 10.3 million euros. 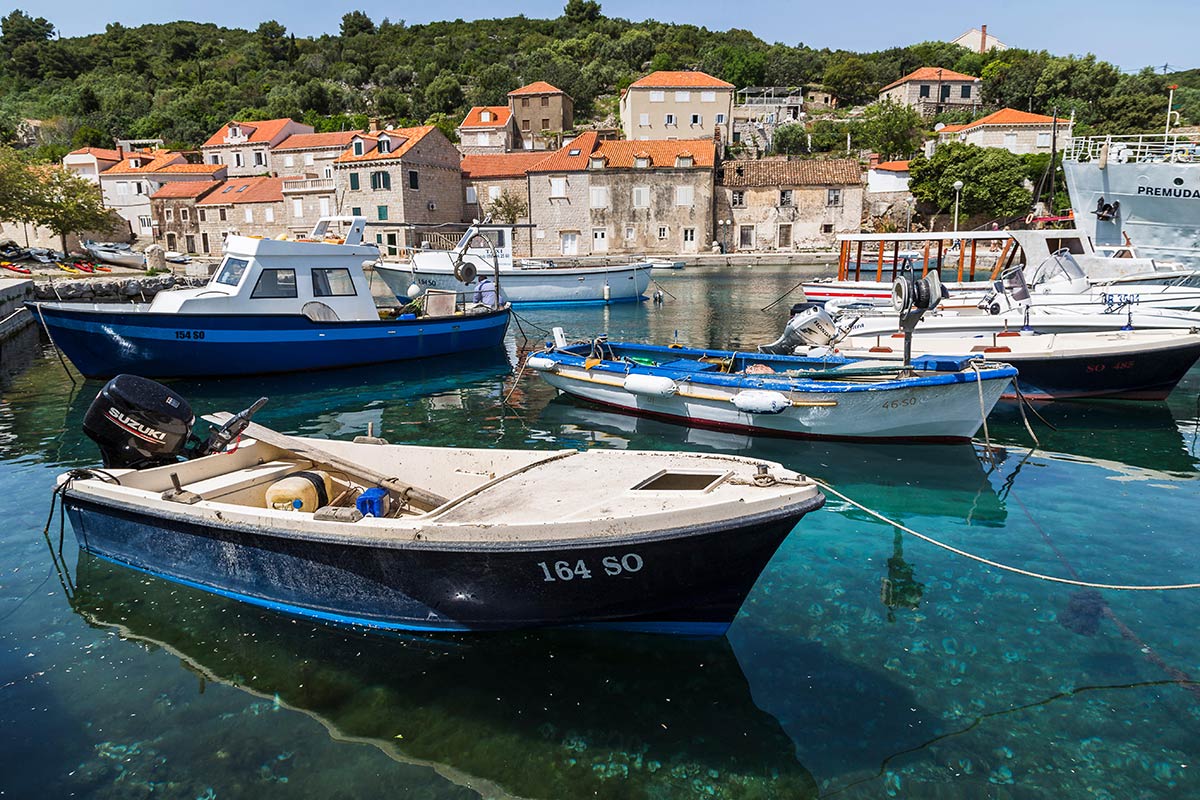 In July 2015 Mikado received a 3.5-million-euro tax refund based on money it spent from 2012 and 2013 during the building and renovation of the villas. An internal Finance Ministry report obtained by Allmain stated that the investor planned to prepare the buildings for high-end tourism and begin renting them out in June 2015.

But Mikado did not register the Šipan property as a tourist facility until 2016. The following summer season, in 2017, the local tourist authority only recorded 28 arrivals and 151 overnights — defined as one person staying one night — on the property, according to the Croatian magazine Nacional. According to data from the Dubrovnik tourist office, Mikado’s villas had three times fewer overnights than other units in the town of Šipanska Luka from the same category.

It is not clear how the tourists who accounted for those overnights rented their property. Allmain reporters could not find the Katino villas advertised online, or through any of the booking portals that offer holiday accommodations in Croatia.

When Allmain reporters visited Šipan in June, the property didn’t have any of the signage mandatory for tourist accommodations. Instead, a sign at the entrance read “private property.”

Asked how a prospective tourist could rent a villa, Mikado’s head of operations at the property, Tatjana Brajović, declined to answer. “That is something I cannot tell you,” she said. “You cannot get this information from me.”